I was chatting with my friend Nahir recently, and he mentioned something I didn’t realize was possible: you can boot off another Mac’s hard disk if you use Target Disk Mode.

Target Disk Mode has existed for a long time, and lets you read the files off another Mac via a direct connection. In the past, that connection was FireWire; now, it’s Thunderbolt. That means you need to buy a Thunderbolt cable, which aren’t exactly plentiful. Apple sells them, and I picked up this one ($30) from the local Apple Store tonight. Apple also sells a two meter version ($40); that is what I would recommend.

What’s new to me is that you can boot off the external drive. In my case, I can connect my 5K iMac and my work-issued MacBook Pro, and then have the iMac boot off the MBP’s disk. At a glance, the iMac appears to have become my work computer. 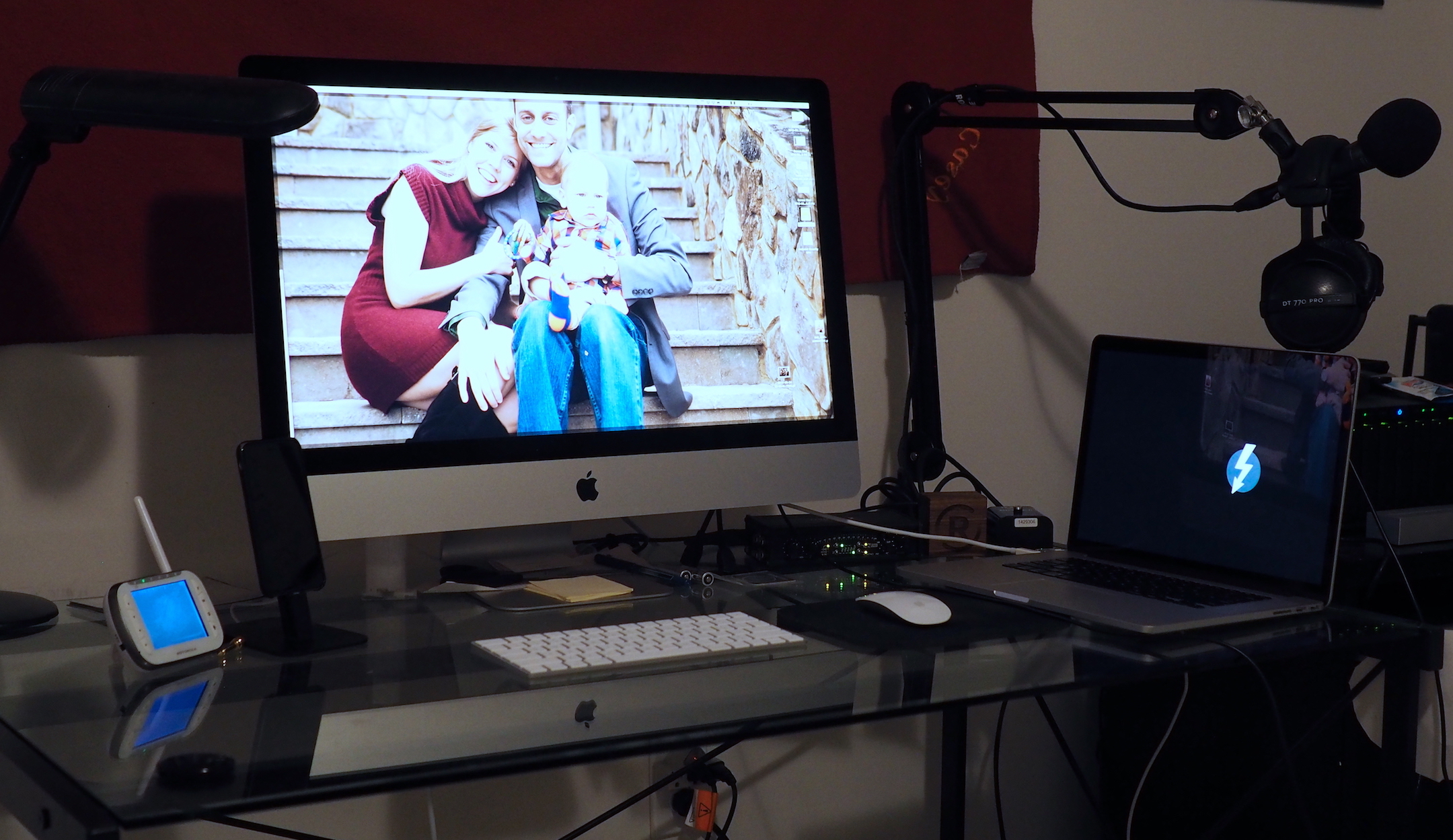 In order to do this dance, you need to perform a few steps:

In my case, the MBP is started in Target Disk Mode (step 3) and the iMac is booted off the Thunderbolt drive (step 4).

Once the iMac (or is it MacBook Pro?) booted, it was as though my work machine had suddenly become a 5K iMac.

There is a catch, however.

As far as Keychain is concerned, this is a new machine, and thus your old keychain is unavailable. That means signing back into iCloud, the Mac App Store, etc. Curiously, I had to do the same when I booted the MacBook Pro natively as usual. However, this is a small price to pay to have my lovely 5K display available to the iOS Simulator.