When I was in college, back in the early aughts, my computer was a tower that my father and I had built together. Having found my old website from that time, where I thought it necessary to share this information, I can tell you it was a whopping 1GHz and had 256 MB of RAM. I even had a 250 MB internal ZIP drive and an IBM flat-panel display. This was back when you didn’t see them detached from laptops. I was hot stuff. Well, I thought so anyway.

Before the end of college, I got a ThinkPad T30. I ran both machines in parallel. In the dark ages before Dropbox, this was a total pain. But I made it work, mostly using Windows Briefcases.

Fast forward to a few weeks ago, and I had been rocking a 15" MacBook Pro for work for three years. My own computer was a non-retina, high-res, anti-glare, late 2011 MacBook Pro. This computer hadn’t left my desk for any real stretch of time since I received my work MacBook Pro three years ago. Since my MacBook Pro didn’t have a SSD, I found it intolerable to use.

This year, I decided it was time for something new.

Thinking about my computing needs, I began to wonder: should I really get a laptop again? Or is it time for me to come crawling back to desktops?

I have a brand-new iPad Mini 4 which I love. I have this 2011 MacBook Pro I could always put a cheap SSD in. I have Erin’s MacBook Air I can use in a pinch, as long as I keep liquids away from it. What’s tying me to a laptop other than momentum?

Having heard my friends Marco, Dave, and Jason rave about their 5K iMacs, especially for the iOS developers, I thought it was time to give it a whirl.

I decided to do what I had previously thought unthinkable: I bought a 5K iMac. Well, I bought two. The first arrived effectively DOA (more on that on my podcast), and was returned. The second has been running flawlessly for a week now.

I ordered the mid-range 27" iMac, with upgraded processor (4.0 GHz), upgraded SSD (1 TB), and 32 GB of aftermarket RAM. I ordered mine with the new Magic Keyboard and Magic Mouse 2. 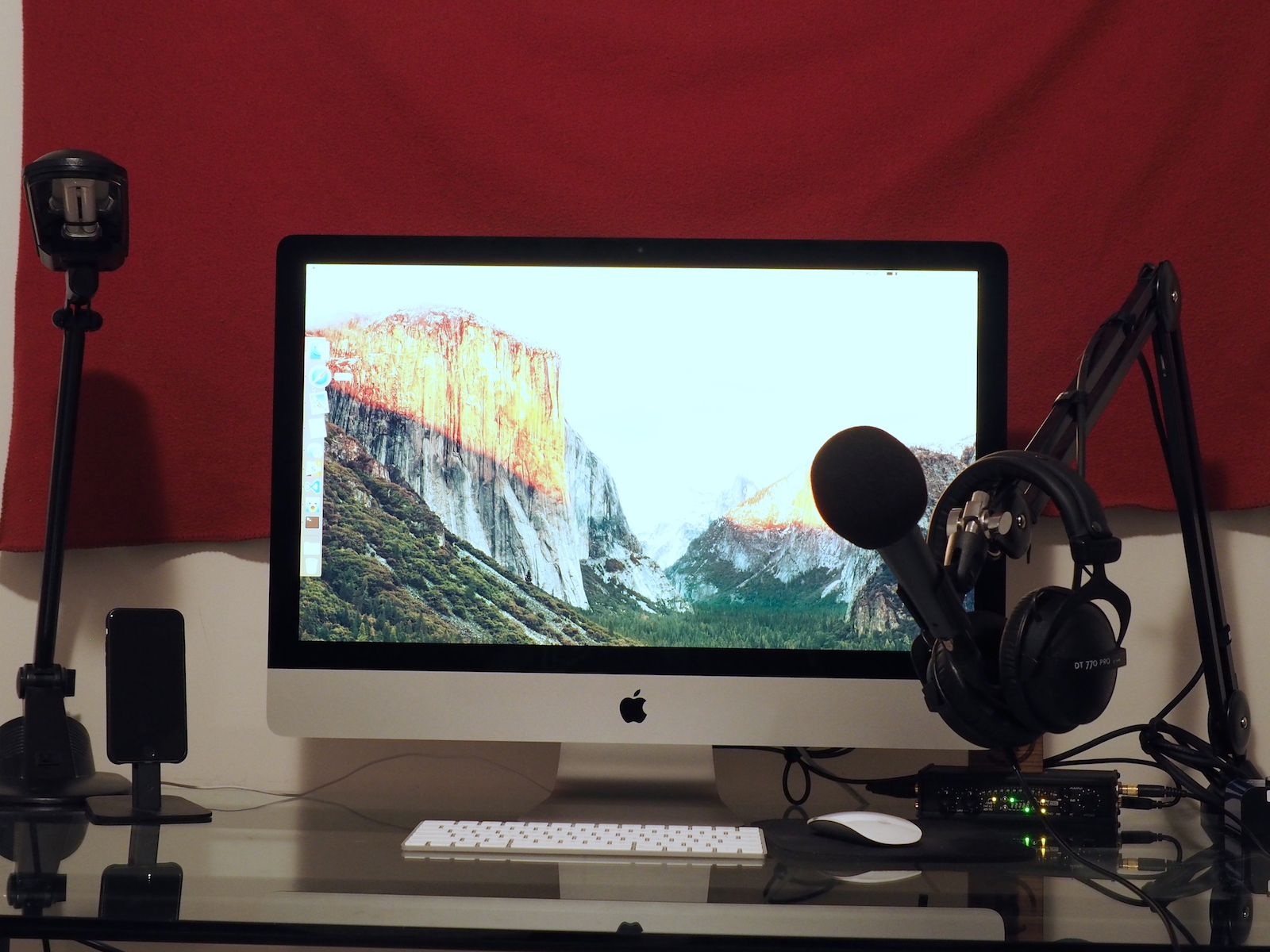 This machine is incredible.

It’s extremely fast, in every measurable way. The SSD is fast. The processor is fast. Everything just seems so fast. Even as compared to my Mid 2015 Retina MacBook Pro.

Most striking is the screen. That seems obvious at first—27 inches is quite a lot of inches. I had played with the iMac at the Apple Store a couple times, and it seemed neat. Once you start actually doing work on one of these machines—start doing the things you normally do—it is quickly obvious how amazing the screen real estate is. I regularly have 20"+ screens connected to my MacBook Pro, and even the combination of the onboard and externals screens seems so cramped now. I’ve been utterly ruined. In a week.

Another interesting artifact of this newfound real estate is that it’s changing the way I interact with OS X. On my laptops, I’m a very heavy Spaces user. I have my virtual desktops set up just right, so that I can keep things separated both mentally and, to some degree, physically as well. What with each of my virtual desktops on the iMac having around three times as many pixels as my MacBook Pro’s, I don’t need virtual desktops near as much.

The iMac’s accessories are also my first exposure to the new generation of Apple accessories. The Magic Mouse 2 seems about the same to my hand. I know there are differences, but I don’t notice them. The internals I do notice, as I am happy to leave batteries behind for good.

The Magic Keyboard is a marked difference from what I’m used to. I have one of the older, three-battery aluminum Bluetooth keyboards. I’ve always liked Apple keyboards, though curiously, no two ever seem to feel quite alike. Nonetheless, this new, lower travel Magic Keyboard is my favorite of the bunch.

I like it to type on, but I also quite like the lower profile. Since it doesn’t have to make room for two (or three) cylindrical AA batteries, it’s far flatter, which I find more comfortable, if a bit unusual.

I also quite like the newly decreased key travel. I don’t mind how shallow it is at all. Having tried the MacBook One in stores, I found that keyboard mostly agreeable, the spacebar and Return keys excepted. The Magic Keyboard reaches a perfect compromise between the keys I’m used to and the ones in the MacBook One.

There is a catch.

The new arrow keys are driving me batty. Unbeknownst to me, my fingers have always found the arrow keys by looking for the dead space above the half-height left and right arrows. On the Magic Keyboard, the left and right keys are now full-height. My fingers find this terribly unbalanced, as the up and down arrows are still half-height. I’m sure I’ll get used to it over time; a week in, I’m not there yet.

A week in, I haven’t found any reason to regret getting a desktop. There have been times I’ve wanted to sit next to my wife and work on something—like this blog post—but just saving it for when I’m really concentrating seems like the better answer anyway. Then I can give Erin the attention she deserves, as well as what I’m doing on the iMac once I sit down in front of it.

This is the promise of the 27-inch iMac with Retina 5K Display: It’s one of the fastest Macs ever attached to the best Mac display ever. Yes, it’s an iMac, meaning you can’t attach a newer, faster computer to this thing in two or three years. But I have a feeling that these iMacs will have the processor power, and the staying power, to make the aging process much less painful.