A little over three years ago, I wrote about the moment when Declan was placed on Erin’s chest for skin-to-skin, shortly after his birth. In one very lucky picture, I was able to capture the most pure expression of euphoria on Erin’s face.

I had been excited for Declan to meet Mikaela for months before she was born. I didn’t know what was going to happen, but I had a feeling it was going to be pretty special.

Erin took this shot of me wiping away tears as I watched Declan hold Mikaela for the very first time. Much like Erin when Declan was placed on her three years ago, this was my moment. This was my euphoria.

Parenting a toddler and an infant is already proving to be challenging in a litany of ways neither of us really expected. It’s already exhausting. Nonetheless, we are extremely lucky. We have had two children — both through absolute miracles of science — after assuming that we would never be able to have even one. Even when it’s frustrating, life is good. In this particular moment, life was amazing. 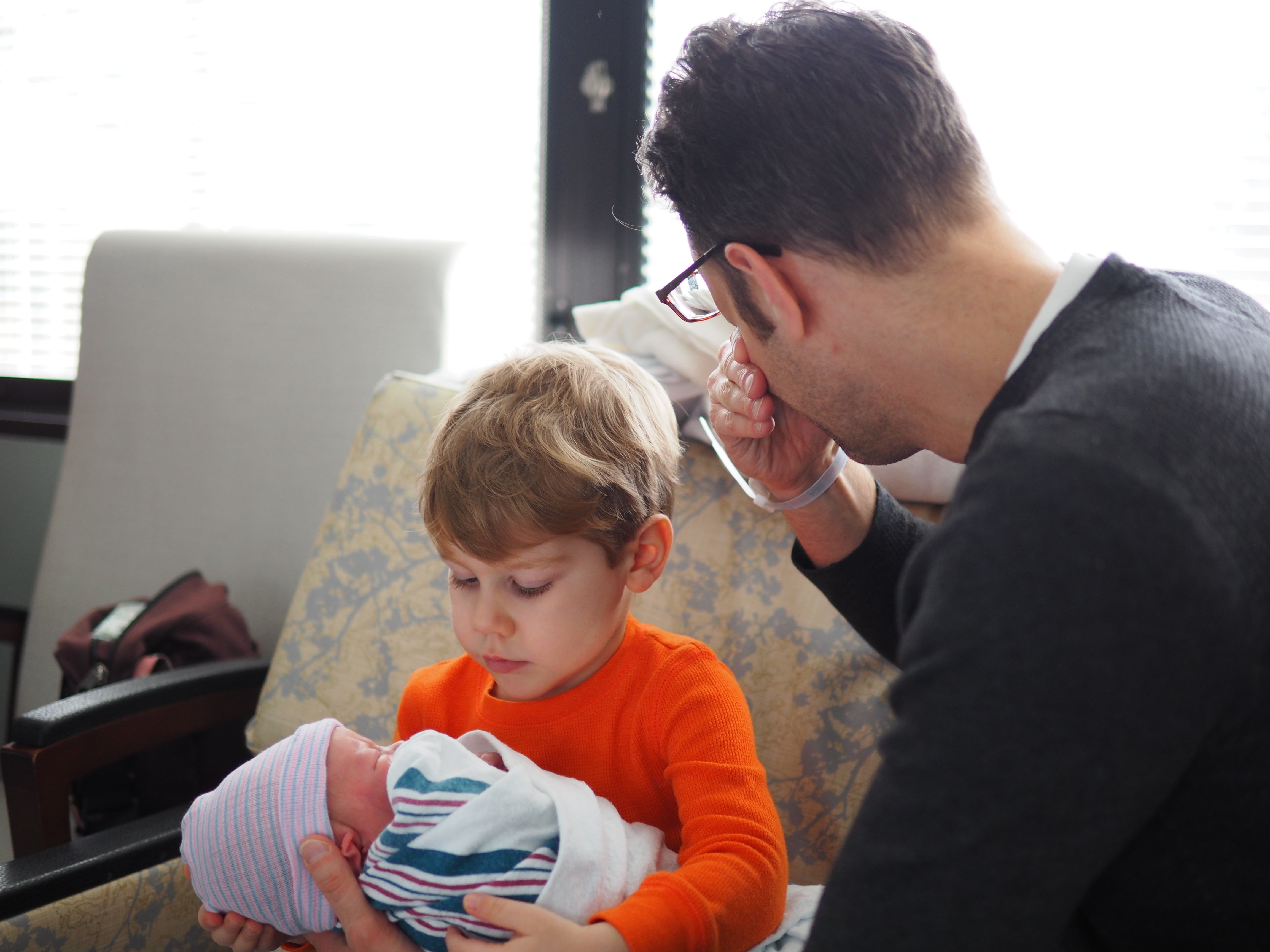