In so many ways, I’m still riding the wave.

After four years of trying, when we finally had Declan, it felt like a tremendous weight was off of our chest. As I said to Erin repeatedly over the first several days, we did it. We had finally come to the end of this arduous, seemingly endless road that we had been on. Of course, we didn’t have much time to look in our rearview mirror; infants wait for no one.

Over time, we settled into our new normal. In many ways it likely was—and remains—harder for Erin than it is for me. I disappear for 8-10 hours a day almost every day. Erin, however, has no Off position. I try to take Declan as much as I can on the weekends, but for her, she’s never really not Mommy.

Despite this, after a couple years, the struggle to bring Declan here fades, even if only slightly. It’s a memory how hard raising an infant is. We remember that visiting the fertility doctor is inconvenient, frustrating, and often fairly demoralizing; but it was so long ago. We fall out of the habit of living our lives around Erin’s cycle; remembering now it is often times disrupting.

It’s the same as it ever was.

Naturally, our ever-optimistic families have a different party line, mostly regarding Erin: “You never know! Maybe now that your body has done it once, it knows exactly what to do!”

It was quickly apparent that we were not that lucky.

As we restart our journey, Erin and I don’t realize that it’s disrupting to more than just us now. It’s exceptionally selfish to bring a child to a fertility clinic, so that means we need to ask family or our friends to watch Declan as we go. We have to schedule appointments around not only our own schedules, but that of another person entirely: Declan.

Perhaps it’s not that much like last time after all.

What’s most striking, though, is how different our attitudes are. When we were walking this path trying to conceive Declan, every single moment was monumental. Every time seemed like our last shot, even when it really wasn’t. Every time we were worried, scared, nervous, and most of all, hopeful.

As Erin and I start following the same procedures, and have the same kind of help as we did last time, we realize how this is our new normal. Even moreso than with Declan. While it definitely sucks, going through all these motions doesn’t carry the same weight it did. Even if we can’t conceive this time, we’ve still succeeded already; we’re still parents.

We got lucky… again. 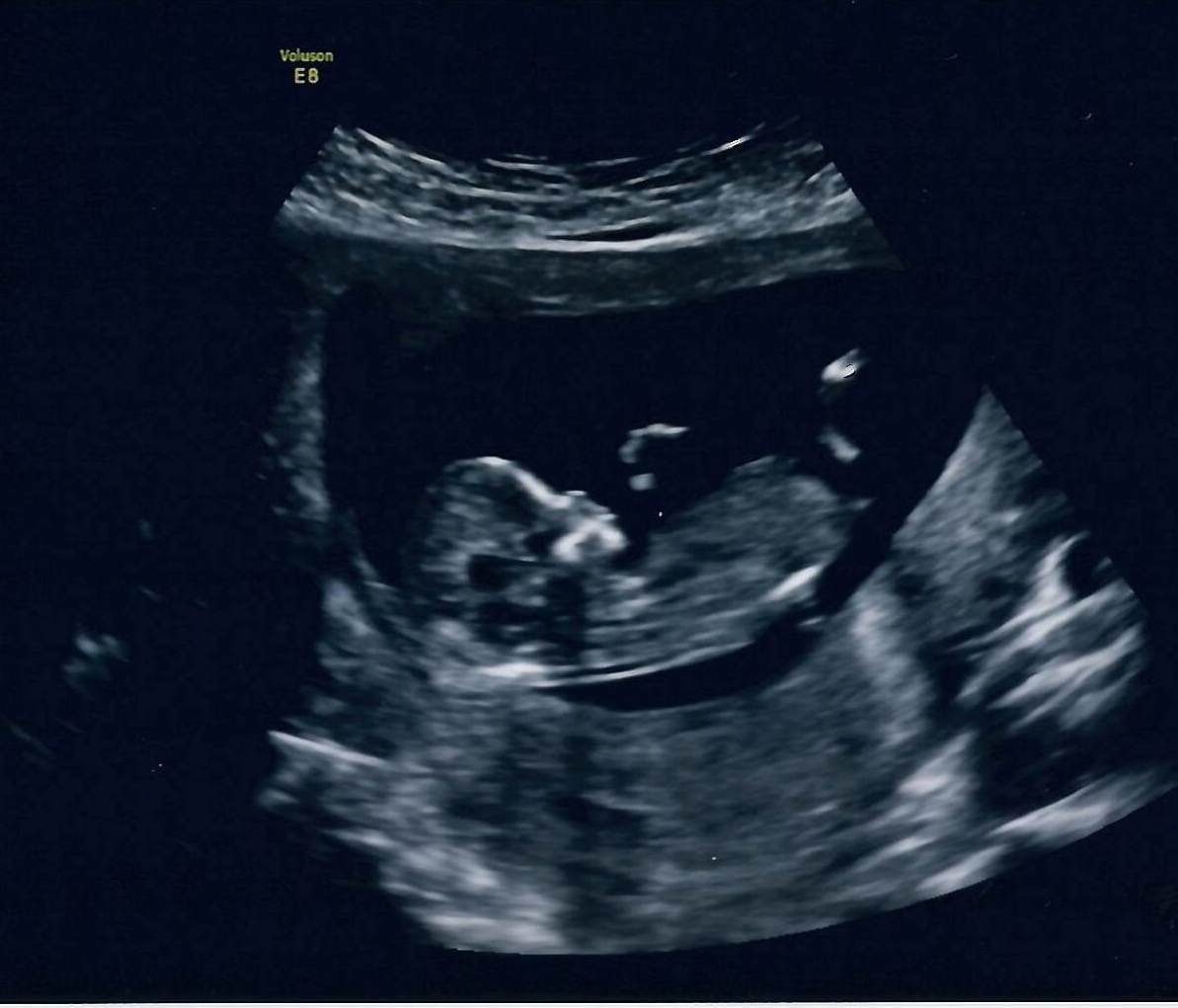 We’re so happy to share that Erin is pregnant again!

As I write this, Erin is 19 weeks along. So far, everything seems well. Erin had the pleasure of dealing with a fair bit of nausea for the first trimester, but for the last several weeks, that has subsided. To my eyes, she’s showing more—and sooner—than last time. I find that adorable; Erin is still… adjusting. 😉

Someone else, however, has been particularly interested in the goings on. 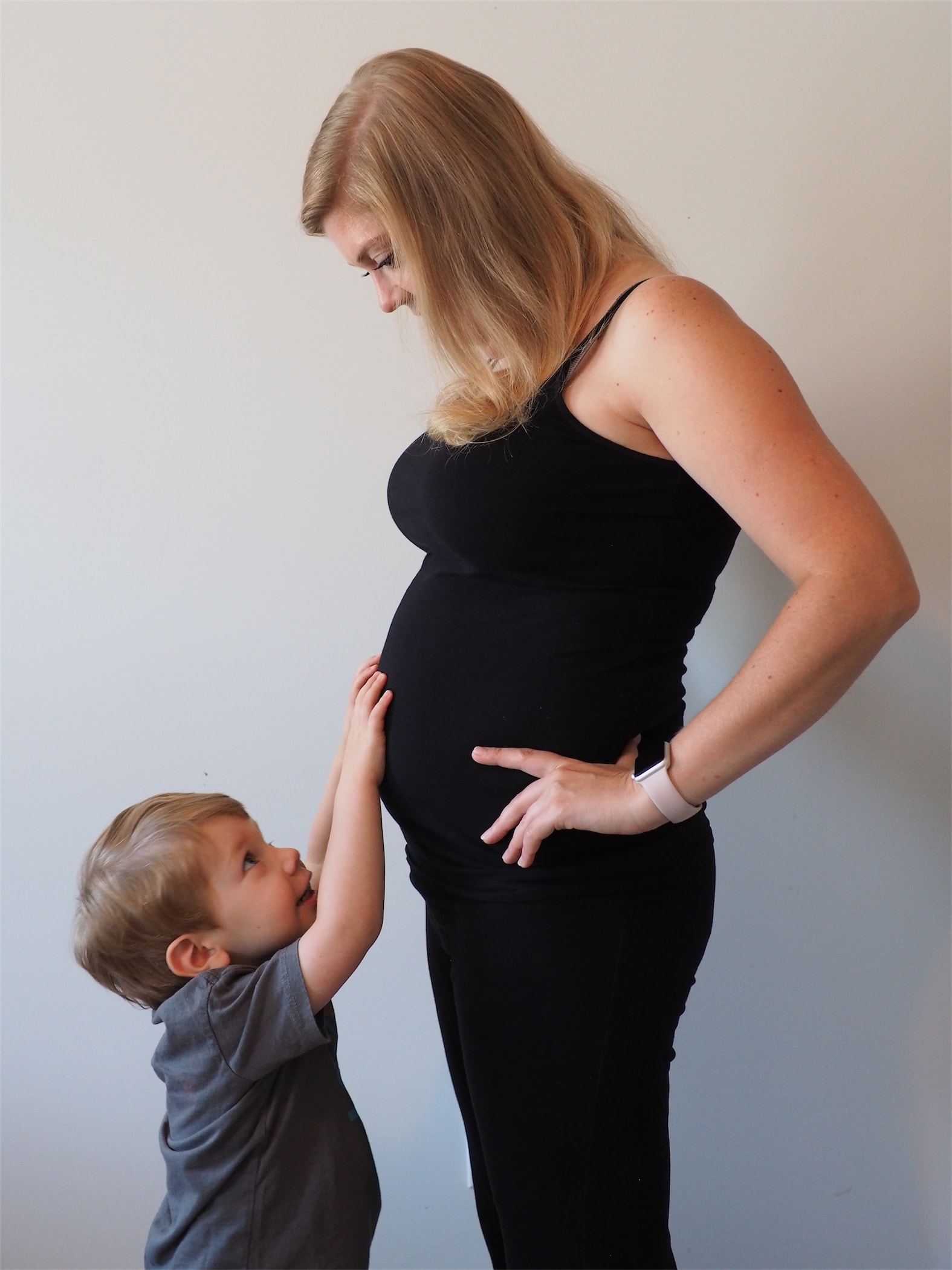 As with last time, we needed to pick a designated emoji. “Sprout”—🌱—is a high bar. After much deliberation, Erin and I landed on “Sprig”—🌿.

We don’t know 🌿’s gender yet, but there’s a sealed envelope in our house that does. This may be our last opportunity to get the surprise of the gender at the time of birth, so we’re attempting to hold out. That said, a smart gambler would bet on us caving and opening that envelope sooner rather than later.

Declan refers to Sprig as a “he”, but he talks about his “baby sister”. 🤔 As one would expect, Declan has also informed us that he, too, is growing a baby in his belly. In fact, he’s even asked for us to take a picture of his growing belly before we take weekly shots of 🌿. 😂

We’re petrified, but excited. We’re thrilled, but worried. So much of this feels so much different than last time. We’re more relaxed, and yet, in so many ways, it’s the same as it ever was.

Either way, if all goes to plan, we’ll meet you in the first week of January, Sprig. Well, unless you come early, like Declan did…

I know I speak for your momma, and your older brother, in saying:

We can’t wait to meet you.