So, here’s the thing.

I love my iPad Mini. It is exceptionally portable, easy to use, and efficient at the things it does well. I’ve never owned an iPad Pro—I’ve eschewed the normal size iPad since the first iPad Mini with Retina Display. However, it wouldn’t surprise me if there is an iPad Pro in my future. The combination of iOS 11 and the Smart Keyboard makes it compelling.

I’m not here to discuss tomorrow; I’m here to discuss today. Today, I feel handcuffed every time I use an iPad. Even for the things I can accomplish, I have to jump through flaming hoops in order to do so. It’s not for me.

What I really want (what I really really want) is an iPad-sized device, with all the portability it provides, but with none of the drawbacks of, well, actually being an iPad.

Enter the MacBook, affectionately referred to by some as the "MacBook Adorable" or others as the “MacBook One”.

I waited months for the MacBook to get updated, and at WWDC 2017 I got my wish. I placed an order within a couple hours of the keynote ending, and got the MacBook the following week. After about a week of use—and a trip to Chicago—I have some thoughts. 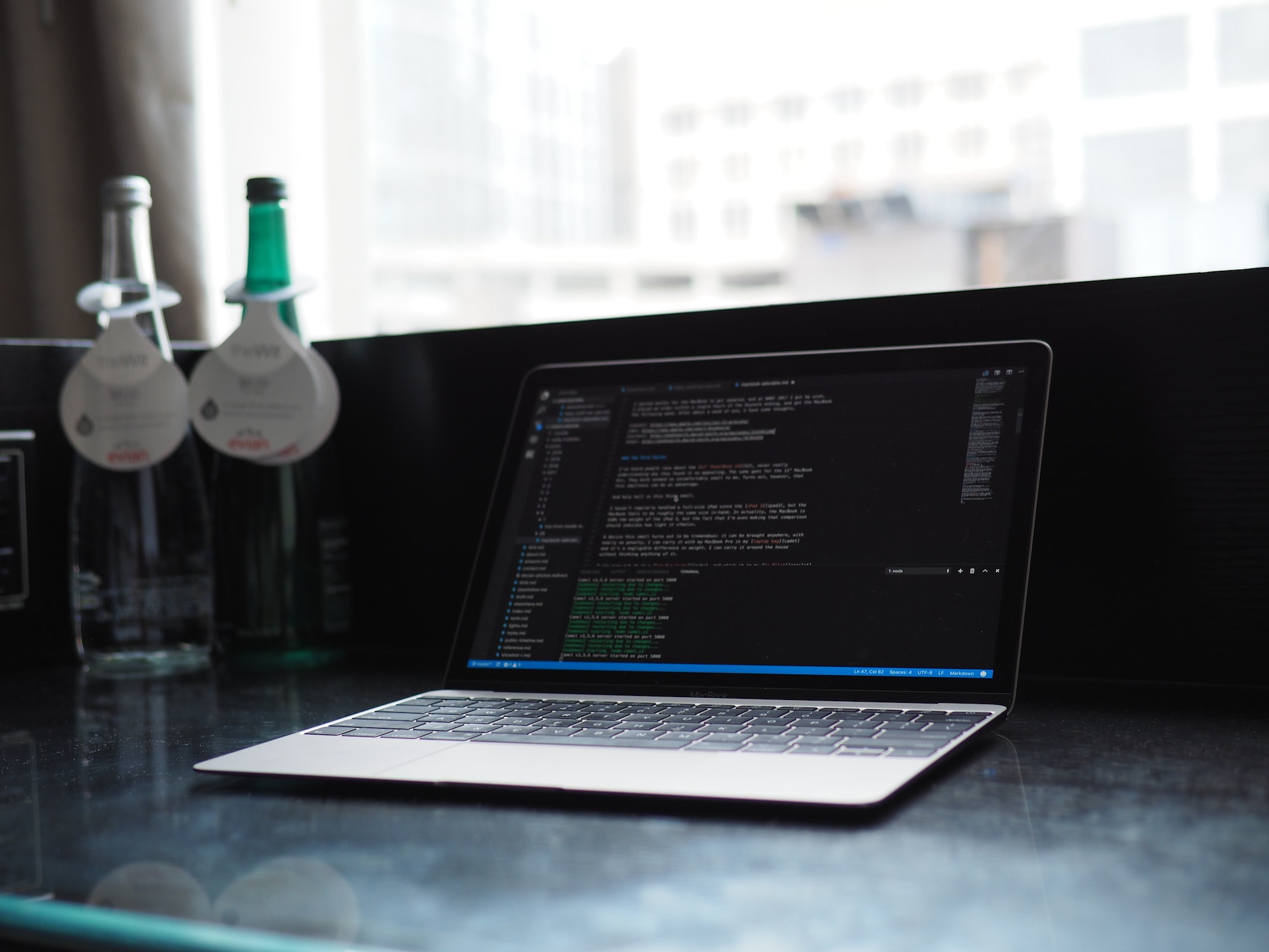 I’ve heard people rave about the 12" PowerBook G4, never really understanding why they found it so appealing. The same goes for the 11" MacBook Air. They both seemed so uncomfortably small to me. Turns out, however, that this smallness can be an advantage.

And holy hell is this thing small.

A device this small turns out to be tremendous: it can be brought anywhere, with nearly no penalty. I can carry it with my MacBook Pro in my laptop bag and it’s a negligible difference in weight. I can carry it around the house without thinking anything of it.

I can even put it in a Tom Bihn Cache, and stick it in my Co-Pilot, which is roughly the size of a standard-issue murse man-bag satchel. When I bought the Co-Pilot I never expected to put a computer in there; I thought a full-size iPad was the limit. Traveling with the Co-Pilot as my "laptop bag" was so freeing; it’s nice to have so little hanging off my shoulder.

I love the modern Apple Magic Keyboard that came with my iMac. To my fingers, it is the perfect keyboard.

There has been much haranguing about the butterfly-switch-based keyboards that Apple is using almost exclusively across their line. Most don’t tend to like them at first exposure. Anecdotally, between half and two-thirds end up somewhere in the spectrum from resigned acceptance to actual enjoyment. The remainder feels passionately about the keyboard, and hoo boy do they hate it.

For me, I started with an active distaste. The keycaps are shallow, the travel is shallow, and for the way I type, the keyboard is really loud. Strikingly so. The noise isn’t unpleasant, but there’s a lot of it. Furthermore, it feels similar enough to my beloved Magic Keyboard to remind me of it, but different enough that I can never forget this isn’t the same.

After a week, I’ve passed through loathing, taken a stop at distaste, spent some time at indifference, and am now moving into actual enjoyment.

The true advantage to the MacBook keyboard is that it feels stable in a way not even the Magic Keyboard does. The keyboard also feels… direct. Generally I’d say “mechanical”, but that has connotations in this context I don’t intend. It’s hard to describe, but where my pre-TouchBar MacBook Pro feels like I’m typing through marshmallows, the MacBook feels the exact opposite.

In fact, the MacBook keyboard is so direct and tight that I’m starting to almost prefer it to my Magic Keyboard. 😱

The real Achilles’ Heel of the MacBook keyboard is the throw—or really, the lack thereof. I feel like if the keys moved an additional ~20% with each press, it would make a world of difference, and bring them much more in line with the Magic Keyboard.

Nevertheless, the thing that annoyed me most about the MacBook has now come to actually please me.

What with the MacBook’s keyboard no longer being the real problem, we can move on to everyone’s unanimous bugbear: the one USB-C port on the device.

Full stop, having a second port—even if it was limited to be power only—would dramatically improve the usability of this device. However, just a couple of dongles can cover not only my day-to-day needs, but also nearly all of my uncommon ones too.

I ended up purchasing four items specifically for this MacBook:

In total, I spent $80. By comparison, my MacBook Pro has an onboard SD card reader, an onboard HDMI port, and onboard USB-A ports. Bummer.

Is this really so egregious though? For me, since this is an accessory computer, it will very rarely need to be connected to Ethernet. Or any USB-A devices. Or an SD card. These purchases were mostly to fend off “oh shit!” moments more than they were serving actual, immediate needs. Thus, things probably aren’t as bad as they seem.

To me, the real bummer is the lack of USB-C power passthrough on most USB-C devices available for sale today. As an example, when I attempted to do my initial Time Machine backup, I did so via the Ethernet dongle. However, I had to ensure the machine didn’t sleep, since it was on battery power. Furthermore, I had to stress out about whether or not it would complete the initial backup before the battery gave up, since I had no way to power the MacBook and have it connected via Ethernet.

It’s an odd feeling. A feeling that I don’t expect to have often, as any other time I’m on Ethernet will likely be momentary, such as for transferring a huge file. If I want to leave a single USB-A device connected, or to leave the machine plugged in to HDMI, that dongle does have a power passthrough.

So, the “One” part of “MacBook One” is definitely annoying, but it is by no means a showstopper.

I opted to get a maxed-out MacBook Adorable. It has the don’t-call-it-a-m7 i7 processor, 16 GB of RAM, and a half-terabyte SSD. For such a small computer, it was far from cheap, at around $2000.

During the initial couple of days, I found that I often felt CPU constrained, whether or not that was reality. After those first couple of days, now done with my software installs, moving files, and generally asking a lot of the Adorable, things seemed to settle down nicely. In day-to-day usage, I can’t say that I notice CPU bound activities, and if so, they are resolved sufficiently quickly.

The one place that I do notice some significant slowdowns is when I occasionally transcode video files using ffmpeg. In the defense of the MacBook, this is a hilariously inappropriate use of this [fanless!] hardware. That’s why I have an iMac upstairs. But in a pinch, if I do need to do a transcode, I now know to expect it’ll run half as fast as it does on the iMac.

It’s also really nice to be able to get a 512 GB SSD. I have the leeway to put just about whatever I want on the machine, all without the stress of micromanaging what’s on the MacBook. I’ve made the mistake of getting only enough disk space to cover what I need today—in Erin’s MacBook Air—and I regret it. Her 128 GB MacBook Air is bursting at the seams, and has been for far longer than I ever expected. 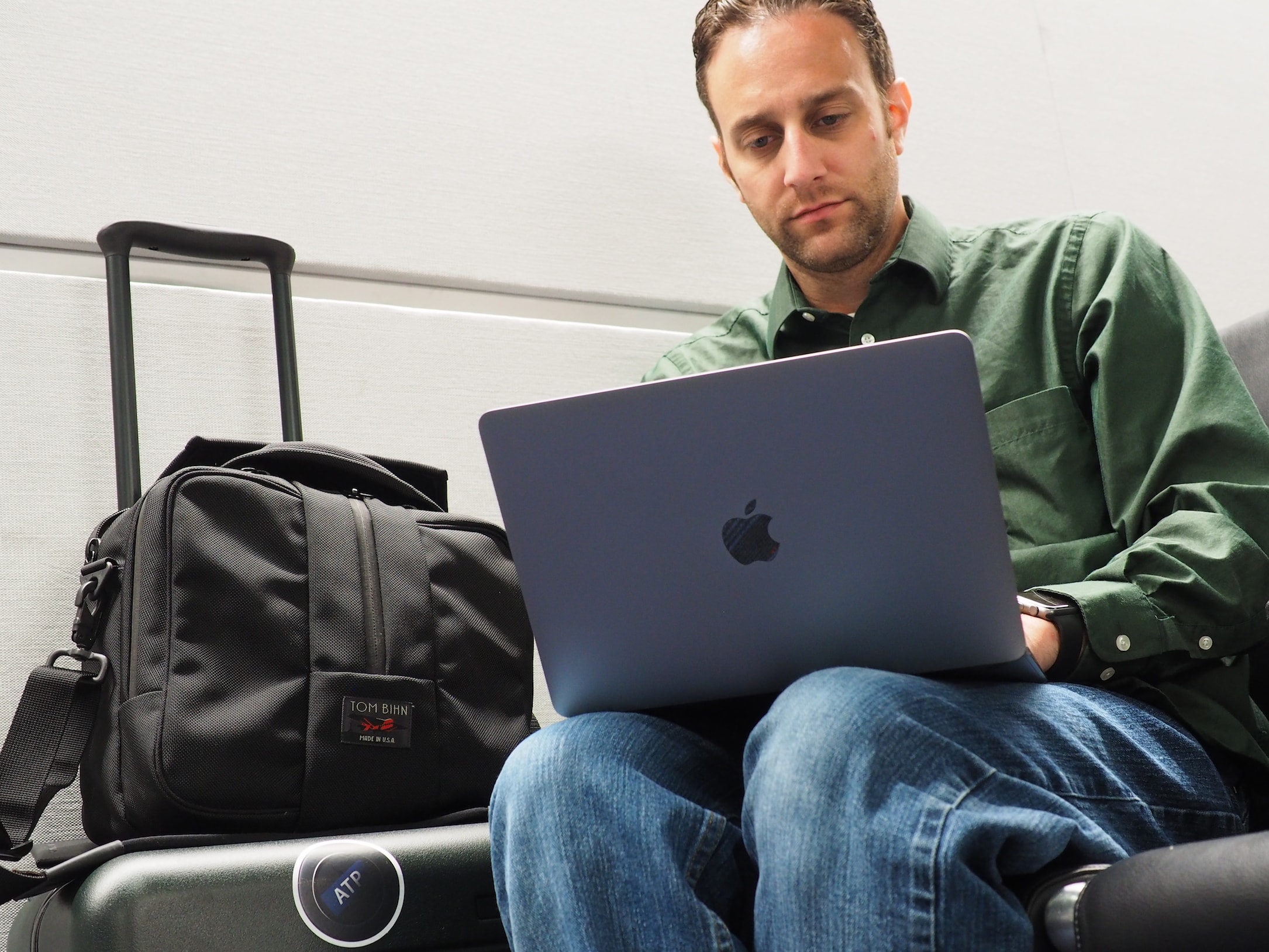 I don’t have good enough eyes nor perceptive enough vision to be able to comment on the colors or any of the other things designers care about. What I care about is real estate, especially on a device this small. There are four available effective resolutions that macOS will allow:

As someone who suffers from a peculiar eye condition, it is very hard for me to see when I don’t have my hard contacts in. It’s really nice to be able to set the MacBook to its smallest resolution and make everything really huge. With my contacts in, at the maximum resolution, I definitely feel a bit constrained but I wouldn’t go so far as to say limited. That is to say, it doesn’t prevent me from getting things done, but it doesn’t feel spacious either.

I was discussing the MacBook with my friend _David Smith. He’s had a MacBook for a while and was debating upgrading to the latest version. Dave said to me something that I think is spot on:

The MacBook is the “old person’s iPad”. The affection I have for it reminds me of what folks like Myke and Federico say about their iPad, but I’m too set in my ways to make the switch.

Thanks to the MacBook, I don’t have to.

The MacBook Adorable is not without its faults concessions compromises. However, especially as a secondary machine, I have absolutely fallen in love with it.