As of a few months ago, I’m living an all-Retina life. I replaced my crummy Lenovo monitors I was using at work with a 4K screen. That gave me enough resolution to run pixel-doubled, which means my monitor at work is Retina.

Having a Retina-capable external monitor is magnificent. As an iOS developer, being able to run iOS Simulator on my external monitor, at full resolution, is completely freeing. For MacBook and MacBook Pro users, I can’t recommend an external Retina-caliber monitor enough.

As I write this, there are three general options, that will work with most modern Macs:

Additionally, there are two options for those with a fancypants MacBook with USB-C:

You can see a bit more about all of your options—for any generation of MacBook or MacBook Pro—on the official Apple Support article.

So how did I land on these three? A combination of a little trial-and-error, in concert with some information from someone I respect.

The trial-and-error happened at work. We had a couple of screens that were larger than 24" and only 4K. It was quickly obvious that the ostensible point of Retina—not being able to see pixels—did not work at those sizes. Once you cross over 24", you absolutely must go to 5K.

In summary, if you want external Retina, follow these rules: 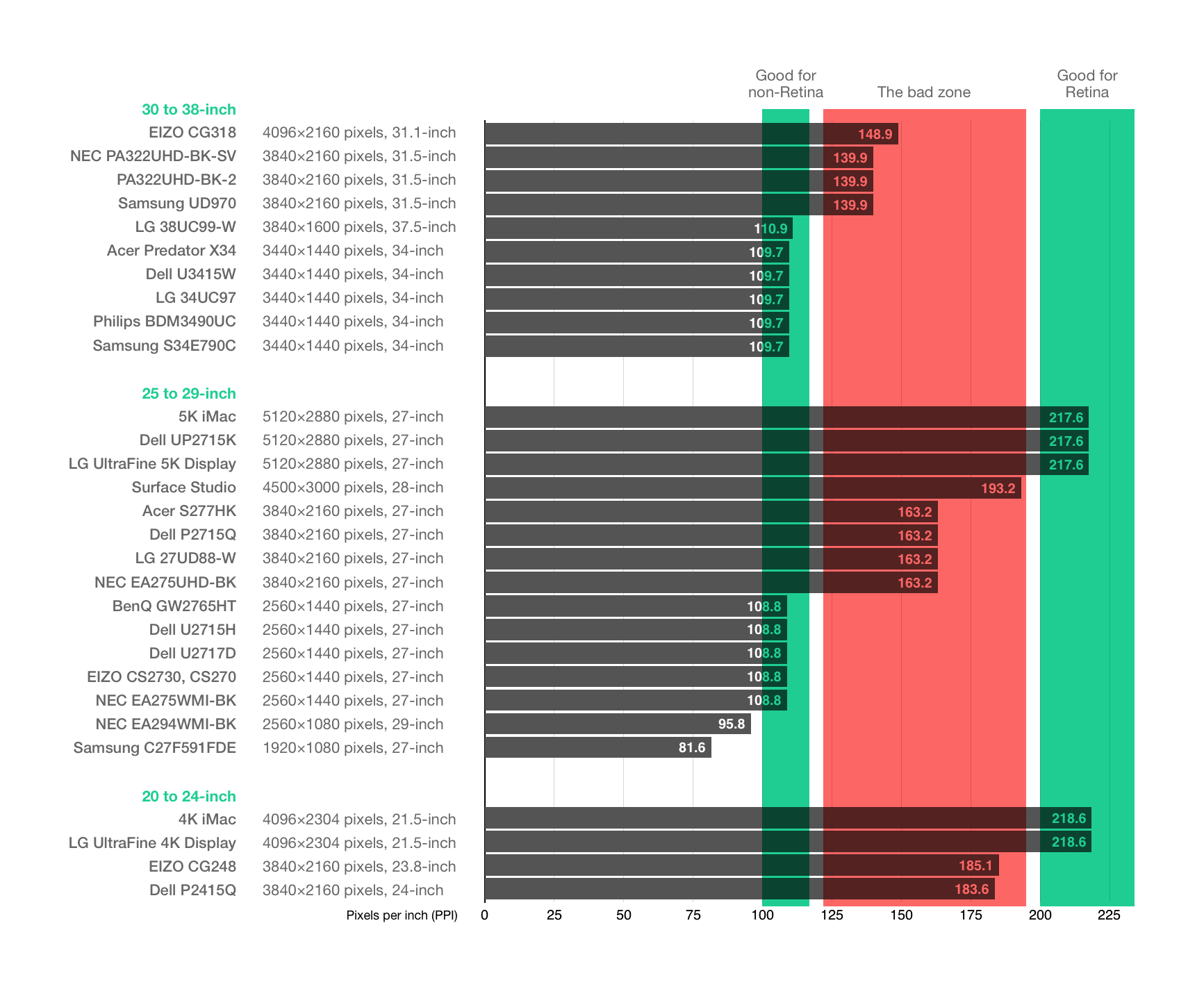 If you look at Marc’s chart, you can see what the issue is. Displays over 24" that are only 4K land in “the bad zone”—more resolution than non-Retina, yet not enough to be full Retina.

If you’re using an external monitor hooked to an Apple laptop, I can’t encourage you enough to get yourself a Retina-capable one. You can spend as little as $300 or as much as $1500; choose the price that best fits your budget. Once you stop seeing individual pixels, you start to see how beautiful macOS really is.