Nothing is worse than having an itch you can only scratch by playing a particular song from a particular concert film, and then having to seek through the entire 1-2 hour file to get to it.

My general workflow for digitizing my DVDs and BluRays is as follows:

Between MakeMKV and Don’s scripts, any chapter markers in the original disc are preserved in the resultant MP4. However, they are named as one would expect, and as shown above: Chapter 1, Chapter 2, etc.

Subler has many uses, including remuxing files between formats without a full transcode, in some cases. However, the feature of Subler that’s useful in this context is that it allows me to go through the file that Don’s scripts generated, and rename the chapters.

After a little work on my part figuring out which chapter is which song, Subler lets me transform the above to this: 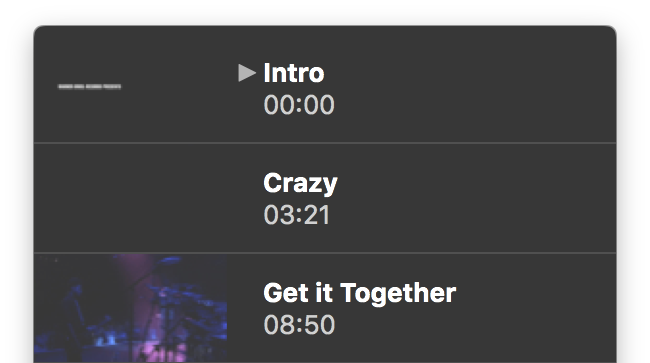 In the rare case the source material didn’t have chapters, I can even take the liberty of adding them. In the Subler window:

That will give you a decent place to start from. Unfortunately, you’ll have to scrub through to find the exact times of each song, but you’ll only have to do it once.

When you’re all done, you should see something like this: 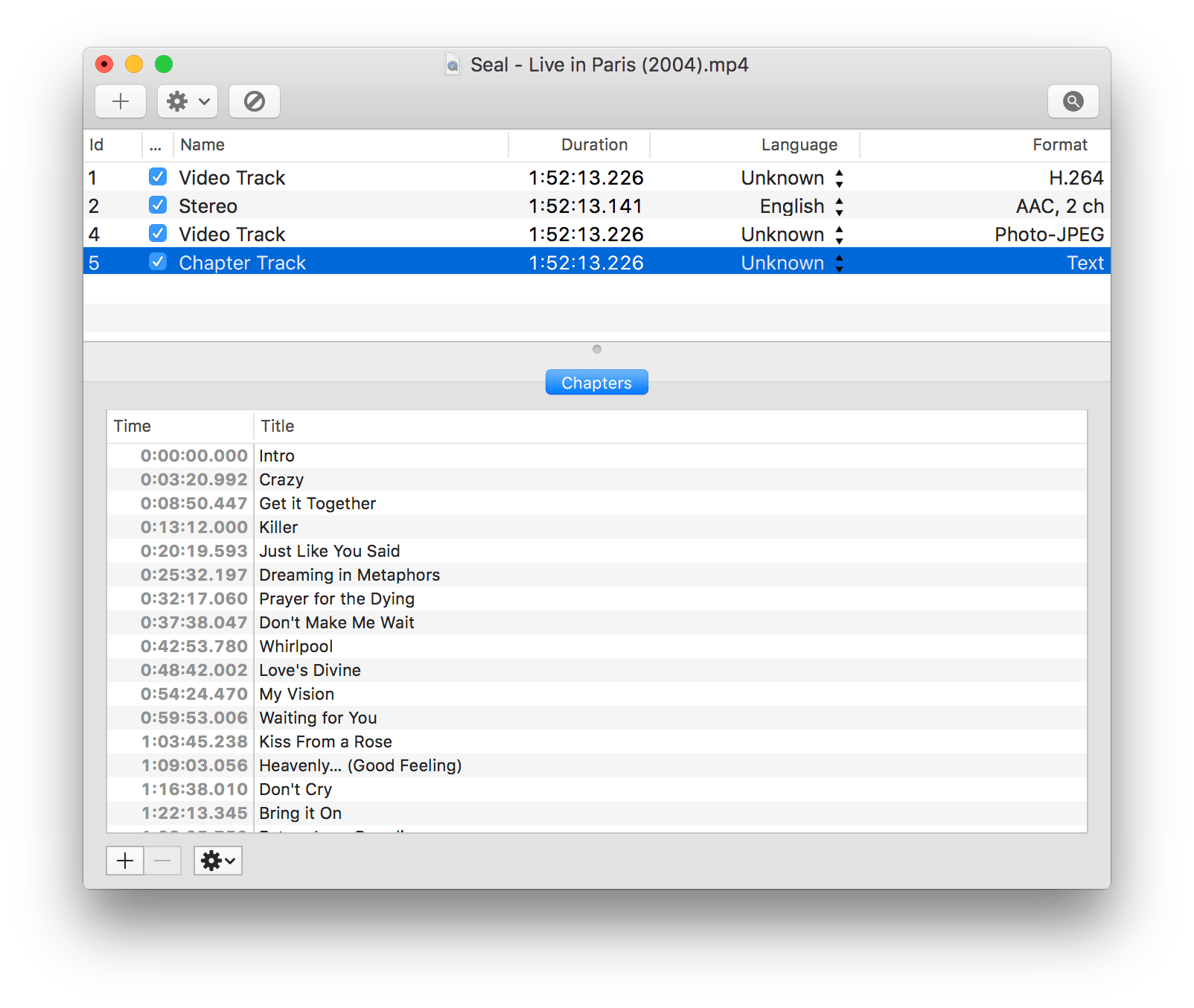 Tell Subler to save the file, and it will overwrite the existing one in place, in just a few moments. No transcoding required, unless your source is something that doesn’t support chapters and/or chapter names.

In my case, once these files are post-processed, I drop them in a place that Plex can see them. When I play them back on my Apple TV, I swipe down on the remote to see the list of chapters. On the Plex app, there is an icon on screen to jump between chapters.

A little time up front can prevent a total buzzkill later.