I’m living in the future.

There are some caveats:

A few weeks ago, Amazon Prime Now started service in Richmond. Tonight, I had a reason to use it. I needed something by tomorrow evening, and I didn’t want to worry about it during work hours. 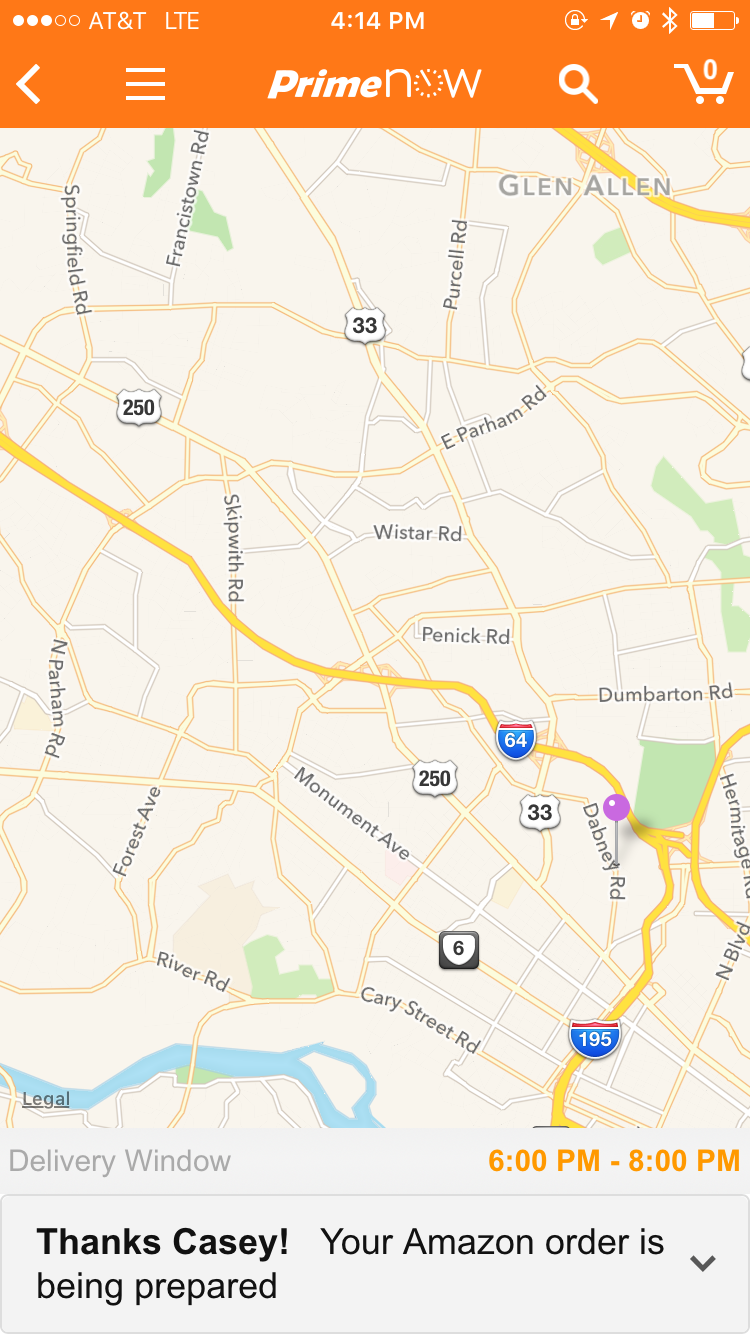 Deliveries run from 10am to 10pm, and I had the option of selecting a delivery window tomorrow.

A tip is strongly recommended; it must be charged to a credit card. You can’t give cash, and you can’t use a gift card balance. However, you can change the tip amount even for a little while after delivery. The app defaulted me to a 10% tip, rounded to the nearest dollar.

I had the option of instructing the driver to just leave the package, which I checked. As it turns out, when the driver arrived, he rang the bell anyway. There was also a field where I could leave delivery instructions, such as "use code 12345". 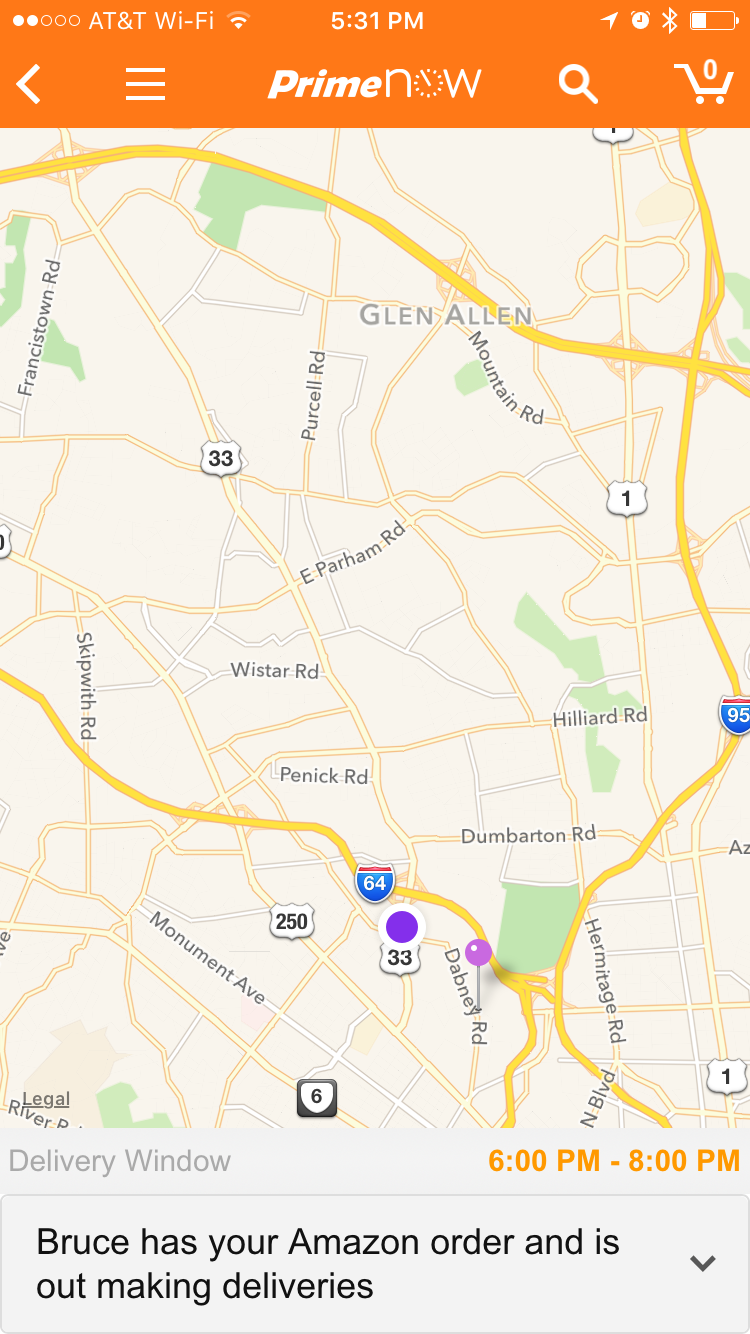 On the plus side, I knew exactly when he was going to arrive, because the Prime Now app allows you to track your driver in nearly real time. My experience was that the app would update the driver’s location every minute or so.

I also received a text message letting me know when the driver was on his way with deliveries. From what I can tell, it was sent before he was on his way to my house — he was simply on his way from the Amazon fulfillment center.

At around 6:15, the driver arrived with the order I placed at around 4. Amazing. 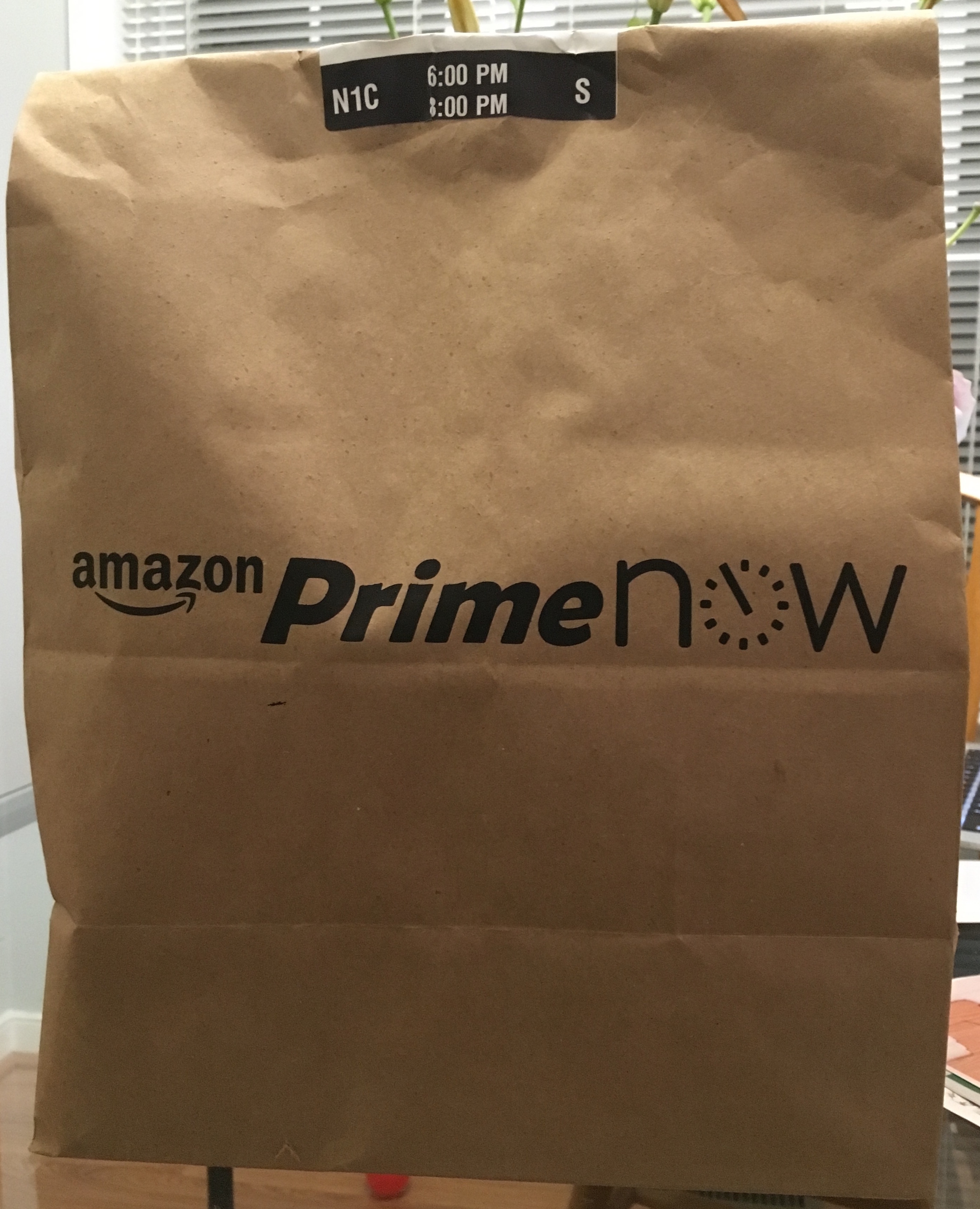 All told, the experience was really awesome. I didn’t like shopping on the iOS app; I’d much rather use a computer. However, to get free delivery 2¼ hours after I placed an order is magic.

What’s even cooler is, Amazon Prime Now also offers some grocery items as well. For example, I could order milk or orange juice for delivery. I could order toilet paper or paper towels.

For most essentials, I’m far more likely to go to the grocery store myself. However, even in a city the size of Richmond, it’s not quite so easy to get your hands on a XLR microphone in two hours flat.

The future is now.